“In this tantalizing thriller...Bell keeps readers on edge throughout.” —Publishers Weekly

“One of the brightest and best crime fiction writers of our time.” —Suspense Magazine

“David Bell writes spellbinding and gripping thrillers that get under your skin and refuse to let go.” —Linwood Barclay, New York Times and #1 international bestselling author

“A tense and twisty suspense novel about the dark secrets that lie buried within a community.” —Hester Young, author of The Gates of Evangeline and The Shimmering Road 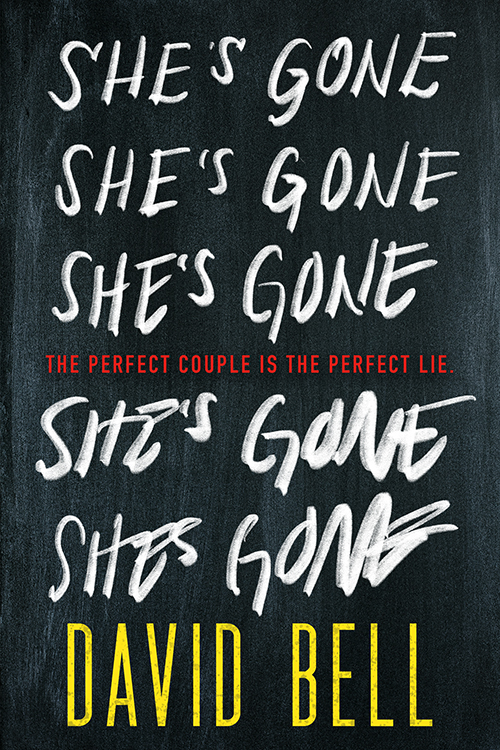 When 17-year-old Hunter Gifford wakes in the hospital on the night of homecoming, he’s shocked to learn he and his girlfriend, Chloe Summers, have been in a terrible car accident. Hunter has no memory of the crash, and his shock turns to horror when he is told Chloe’s blood has been found in the car―but she has disappeared.

Back at school, his fellow students taunt him, and his former best friend starts making a true-crime documentary about the case―one that points the finger directly at Hunter. And just when things can’t get any worse, Chloe’s mother stands in front of the entire town at a candlelight vigil and accuses Hunter of murder.

Under mounting pressure from the police, Hunter takes matters into his own hands by questioning anyone who might know the truth and posting videos to prove his innocence. When Hunter learns he and Chloe were seen arguing loudly outside the dance, he faces a sickening possibility. Was he angry enough to kill the person he loved?

When 17-year-old Hunter Gifford wakes in the hospital on the night of homecoming, he's shocked to learn he and his girlfriend, Chloe Summers, have been in a terrible car accident. Hunter has no memory of the crash, and his shock turns to horror when he is told Chloe's blood has been found in the car―but she has disappeared.
Read More 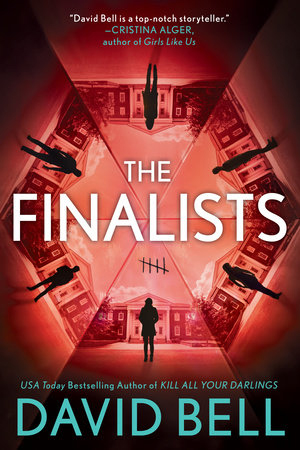 On a beautiful spring day, six college students with nothing in common besides a desperate inability to pay for school gather to compete for the prestigious Hyde Fellowship.

The six of them must surrender their devices when they enter Hyde House, an aging Victorian structure that sits in a secluded part of campus. 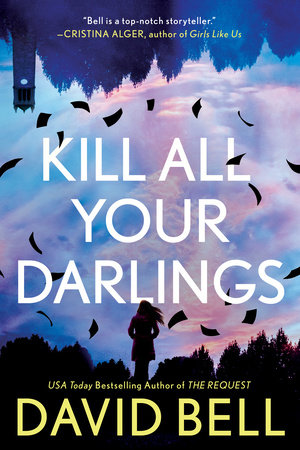 Kill All Your Darlings

When a professor's student disappears and is presumed dead, he passes off her manuscript as his own—only to find out it implicates him in an unsolved murder in this new thriller from the USA Today bestselling author of The Request.

After years of struggling to write after the deaths of his wife and son, English professor Connor Nye publishes his first novel, a thriller about the murder of a young woman.

There's just one problem: Connor didn't write the book. His missing student did. And then she appears on his doorstep, alive and well, threatening to expose him.
Read More 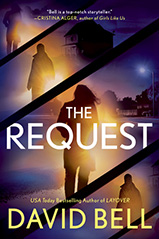 When a man agrees to do a favor for a friend, he gets more than he bargained for as he becomes embroiled in a woman’s murder in this new thriller from the USA Today bestselling author of Layover. Ryan Francis has it all–great job, wonderful wife, beautiful child–and he loves posting photos of his perfect life on social media. Until the night his friend Blake asks him to break into a woman’s home to retrieve incriminating items that implicate Blake in an affair.
Read More 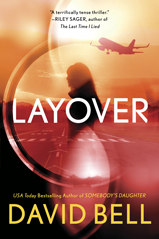 In this high concept psychological suspense novel from the USA Today bestselling author of Somebody’s Daughter, a chance meeting with a woman in an airport sends a man on a pulse-pounding quest for the truth. Joshua Fields takes the same flights every week for work, his life a series of departures and arrivals, hotels and airports. During yet another layover, he meets Morgan, a beautiful stranger with whom he feels an immediate connection. When it’s time for their respective flights, Morgan kisses Joshua passionately, lamenting that they’ll never see each other again.
Read More 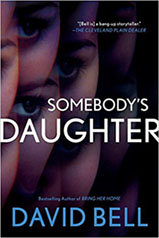 When Michael Frazier's ex-wife, Erica, unexpectedly shows up on his doorstep, she drops a bombshell that threatens to rip his family apart: Her ten-year-old daughter is missing--and Michael is the father. Unsure whether this is the truth but unwilling to leave the girl's fate to chance, Michael has no choice but to follow the elusive trail of the child he has always wanted but never knew he had.
Read More 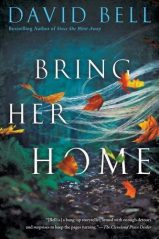 Just a year and a half after the tragic death of his wife, Bill Price’s fifteen-year-old daughter, Summer, and her best friend, Haley, disappear. Days later, the girls are found in a city park. Haley is dead at the scene, while Summer is left beaten beyond recognition and clinging to life.

As Bill holds vigil over Summer’s bandaged body, the only sound the unconscious girl can make is one cryptic and chilling word: No. And the more time Bill spends with Summer, the more he wonders what happened to her. Or if the injured girl in the hospital bed is really his daughter at all.

When troubling new questions about Summer’s life surface, Bill is not prepared for the aftershocks. He’ll soon discover that both the living and the dead have secrets. And that searching for the truth will tear open old wounds that pierce straight to the heart of his family...
Read More 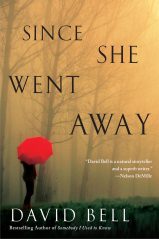 Since She Went Away

Three months earlier, Jenna Barton was supposed to meet her lifelong best friend Celia. But when Jenna arrived late, she found that Celia had disappeared—and hasn’t been seen again. Jenna has blamed herself for her friend’s disappearance every single day since then. The only piece of evidence is a lone diamond earring found where Celia and Jenna were planning to meet, leading the national media to dub Celia “The Diamond Mom.” And even though Jenna has obsessively surfed message boards devoted to missing persons cases, she is no closer to finding any answers—or easing her guilt. But when her son’s new girlfriend—who suddenly arrived in town without a past—disappears, a stricken Jenna begins to unwind the tangled truth behind Celia’s tragedy. And as long-buried secrets finally come to light, she discovers how completely lives can be shattered by a few simple lies.
Read More 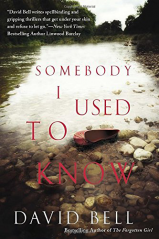 Somebody I Used to Know

When Nick Hansen sees the young woman at the grocery store, his heart stops. She is the spitting image of his college girlfriend, Marissa Minor, who died in a campus house fire twenty years earlier. But when Nick tries to speak to her, she acts skittish and rushes off. The next morning the police arrive at Nick’s house and show him a photo of the woman from the store. She’s been found dead, murdered in a local motel, with Nick’s name and address on a piece of paper in her pocket. Convinced there's a connection between the two women, Nick enlists the help of his college friend Laurel Davidson to investigate the events leading up to the night of Marissa’s death. But the young woman’s murder is only the beginning...and the truths Nick uncovers may make him wish he never doubted the lies.
Read More

David loves it when book clubs read his work. He is happy to attend book clubs that read his novels—either in person or via Skype. Email him to make arrangements.
Email